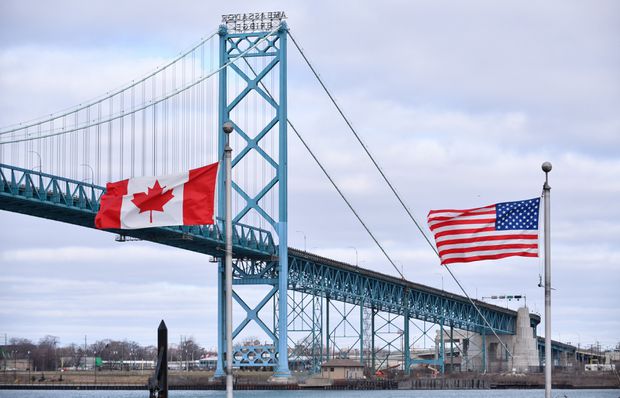 The Trudeau government plans to seek an exemption from Joe Biden’s stricter Buy-American procurement rules, hoping to protect Canadian businesses from the new President’s effort to crack down on foreign companies competing for U.S. government contracts.

Mr. Biden on Monday signed an executive order instructing government agencies to raise the level of U.S.-made content in products they purchase, and curb waivers to existing protectionist rules. The President also will centralize enforcement of the rules by appointing a director of Made-in-America in the White House.

But two confidential sources who have spoken with Mr. Biden’s officials about the order – one in the Canadian government, the other in U.S. industry – said the directive sets broad requirements, and the agencies must now develop more specific rules. This will give Ottawa a chance to lobby the Biden administration to get the rules written in such a way that they do not hurt Canadian companies.

The government source said Mr. Biden’s officials indicated to Ottawa last week that the order is only the start of a process. The Canadian government is already in talks with the White House, the source said, and will also build support for Canada’s position among other politicians and industry in the United States.

The Globe and Mail is not identifying the sources in order to learn details of the confidential discussions.

The Canadian pushback against U.S. protectionism is a smaller version of a similar campaign four years ago, when Ottawa tried to dissuade president Donald Trump from tearing up the North American free-trade agreement (NAFTA). That push involved officials at all levels of government, as well as Canadian allies in Congress, U.S. business and state governors.

It got Mr. Trump to agree to preserve most of NAFTA in the U.S.-Mexico-Canada Agreement (USMCA).

“Once we show to our American neighbours and trading partners the extent to which every trading relationship with Canada is not a simple one-way trade but is about a set of mutually dependent, really complicated manufacturing and trading relationships, we find that we are very often able to explain to our American partners that this trade is the mutual interest of Canadians and Americans,” Deputy Prime Minister Chrystia Freeland said on Monday in Ottawa.

Canada has negotiated exemptions to previous Buy-American provisions. In 2010, the U.S. agreed to a bilateral deal that allowed Canadian businesses to bid on contracts for infrastructure spending under the American Recovery and Reinvestment Act.

The two countries also have defence production sharing agreements that allow Canadian companies to receive U.S. military procurement contracts without being constrained by U.S. content requirements. And provisions for free trade in the auto industry under the USMCA ensure the sector is protected from Buy-American policies.

“Much of this is directed to China and to other offshore suppliers that may be getting into the U.S. market and causing some angst,” he said in an interview. “I don’t think it’s meant to interfere with integrated supplier arrangements between Canada and the U.S.”

But Perrin Beatty, president of the Canadian Chamber of Commerce, warned that his member companies’ past experience is that U.S. officials often decide it’s too complex to figure out whether a foreign company is eligible for an exemption and rather than take the risk, simply exclude all non-American bidders.

Protectionist procurement rules are one of the few areas of agreement between Mr. Biden and Mr. Trump. In USMCA negotiations, the Trump administration demanded caps on the amount of U.S. government contracts that Canadian and Mexican companies could bid for. The U.S. eventually backed down after Canadian and Mexican negotiators refused to accept the demand.

Daniel Ujczo, an Ohio-based trade lawyer, said Mr. Biden’s plan for a centralized Buy-American office could actually help Canadian companies by giving them a single place to make their case for exemptions, rather than dealing with individual procurement officers who enforce the rules unevenly.

“There may be a silver living in the centralization of the waiver process,” said Mr. Ujczo, of the firm Thompson Hine. “Make no mistake, however. Canadian companies, supported by federal and provincial governments, will need to remain vigilant and aggressive on this file. There is a risk that Canada gets lumped in with everybody else.”

Bruce Heyman, a former U.S. ambassador to Canada who helped raise money for Mr. Biden’s presidential campaign, said it will simply be in the best interest of the U.S. to give Canada at least some exemptions.

“I am confident there will be products and materials that will be required that the U.S. government will not be able to domestically source completely and where Canada will be able to be helpful,” he said. “I know for a fact the President wants a strong and effective working relationship with Canada.”