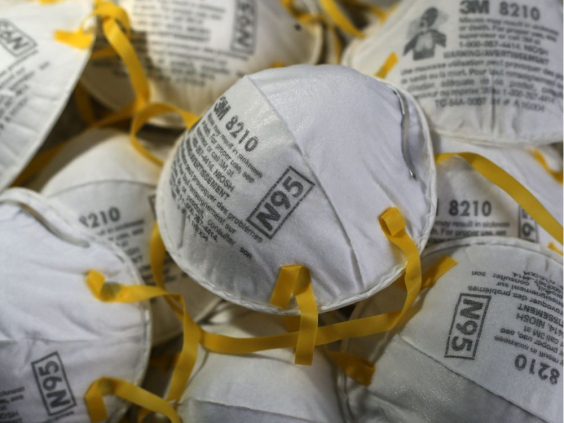 A Quebec contractor has failed to provide pandemic masks even though the federal government awarded the firm more than $380 million in contracts to provide them, according to Blacklock’s Reporter.

They would not say if Medicom was still in compliance with its contract as terms have not been disclosed, said Blacklock’s Reporter.

Internal documents show AMD Medicom Inc. was awarded contracts worth $381,693,476 — three times the figure publicly disclosed — on a promise of speedy delivery weeks ago, though it didn’t have a factory in Canada.

The Montreal company was the only federal supplier of personal protective equipment to be awarded a 10-year contract without bidding, according to Blacklock’s Reporter.

Authorities had justified the contract on a promise of quick delivery of surgical and high-grade N95 masks for use by doctors, nurses and paramedics.

“It’s obviously very important that this be up and running in Canada,” Mitch Davies, senior assistant deputy minister of industry, testified June 5 at the Commons government operations committee. “We know the company is working to meet the commitments it has made to the Government of Canada for supply.”

“We would hope that very soon – I would say in the summer period – it would be up and running and beginning manufacture in Canada,” said Davies. “At this point I would indicate that in the late summer period we expect to see it beginning its production in Canada.”

Medicom has not responded to multiple requests for comment from Blacklock’s Reporter.

Ontario Premier Doug Ford was asked about the sole-source contract by the Toronto Sun on Monday and said “in Ontario we don’t believe in sole-sourcing anything, not even to mention $381 million.”

He also offered Quebec masks which were made in Ontario, noting there are “dozens of (manufacturers) now here in Ontario.”