Earth to anglos: This is Quebec. Bus drivers speak French 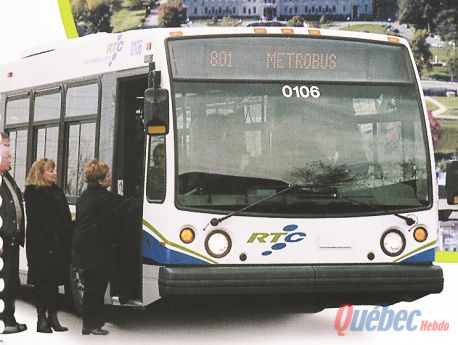 I’m an expat American whose family transferred here (my father worked for ICAO) in 1976.
In 1988, after having gone to college and graduated in California, I moved to Japan and spent five years there, teaching English.
When I returned, my parents had relocated to California, but left their condo here unrented and unoccupied. Naturally, I chose to resettle here instead of California, and I’ve been here ever since.
I spoke French before I came to Montreal, having learned it in francophone African countries, so I had no problems getting around Montreal. Except in my lengthy absence, Bill 101 had been passed, and many anglos were hightailing it out on the 401. It was strange coming back to a Montreal that had language issues; I’d never had the Eaton-fat-lady experience while I had been here in the 1970s and had never had any problems back then.
And at first, actually, for over a decade, I resented the ridiculous sign law that made English two-thirds smaller than French on signs, plus all the “tongue-trooper” shenanigans over the years.
But then my mind started changing, and today I’m pretty much the polar opposite to what I was in 1994.
I now teach Japanese to individuals in Montreal, having enthusiastically learned it from scratch while in Japan. Most of my students are francophone, but we usually end up having the class with a mixture of all three languages.
Now when I hear about people “not getting service” in English in such institutions as hospitals, or not being responded to in English by bus drivers, my stance is: tough luck. When I moved to Japan, I quickly discovered that almost nobody spoke English, and that in order to function, I would have to learn Japanese — and fast, which I did.
And now I feel maybe Bill 101 should have gone farther and made all signs only in French. After all, we are living in a French-speaking province that just happens to be in the middle of a vast country called Canada.
Any anglos who have been here for any length of time — over a year or so — should at least be able to carry out basic living functions in French and learn how to read signs in French. The wheedle-factor here is enormous. To my mind, the French speakers of Quebec have been incredibly tolerant of the anglophone “community,” and a vast swath of them have gone to the immense trouble of learning English — when they don’t have to at all.
Yet they do, happily and willingly and without a single murmur of protest. Why then, can’t the so-called “anglophone community,” knowingly residing in a province that has every right in the world to make everything in French, not do a better job of learning French?
Earth to anglos: this is Quebec. In Quebec most people speak French. Bus drivers have every right in the world to respond to you in French, even when you speak to them in English.
And my suggestion to these besieged individuals is simply: learn how to speak French. There are literally hundreds of places where you can learn it absolutely free.
Or take some of my classes and move to Japan, where there is a severe shortage of English teachers; I promise there are no French speakers there to hound you.
Nicholas Robinson enseigne le japonais à Montréal.

Earth to anglos: This is Quebec. Bus drivers speak French